From Conquest to Colonization: Spain in the Mariana Islands 1690 to 1740

The fifty year period between 1690 and 1740 is extremely significant in the history of the Mariana Islands, although it has heretofore received little scholarly attention. During the five decades following the Spanish conquest of the archipelago, indigenous Chamorro communities underwent forced resettlement, religious conversion and near demographic collapse. By the end of this period, the people of the Marianas, whose numbers had dropped precipitously, were living in towns "under the church bell." Utilizing contemporary letters and reports penned by Jesuit missionaries who served in the islands, Francis X. Hezel, S.J., examines the major events of this period and their effects on traditional Chamorro society. 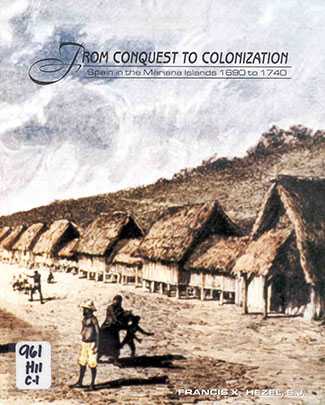