The First Taint of Civilization: A History of the Caroline and Marshall Islands in Pre-Colonial Days, 1521-1885

"Hezel has written a lively, even lusty history of island and Western civilizations coming into contact, and neither being the same afterwards. In Hezel's work a colorful cast parades before the reader: the crafty Palauan Ibedul who used a succession of Western ship captains for his own ends; the opportunistic seafarer Andrew Cheyne whose dreams of a Pacific trading empire dissipated in the tropical heat; the Hawaiian Protestant missionary Hezekiah Aea who for the first time taught Marshallese to read in their own language; the rogue Bully Hayes who professed to finding God while keeping numerous mistresses. Hezel is an accomplished writer who manages to portray history as it should be (and as relatively few historians seem able to do): as the rich story of the human condition." 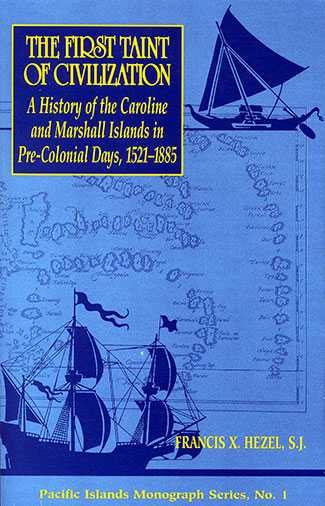