Distribution of Spirit Possession and Trance in Micronesia

Maps the history of spirit possession and trance throughout the region.

Possession and Trance in Chuuk

Traces the evolution of spirit possession in Chuuk from planned to spontaneous, while showing the changes in how possession functions.

Explains Chuukese spirit possession as a cultural strategy for dealing with family problems.

The Effects of Modernization on Three Areas of Island Life

Modernization imposes difficult choices, especially regarding gender equality, fairness to those outside the family, and balance of concern between the household and the extended family.

The Anthropologist and Social Problems in Micronesia

The articles lists six major social problems that could profitably be researched by anthropologists.

Review of the contribution of American anthropologists to research on social problems in Micronesia.

Can We Talk, Mom?

The Strangers Among Us (Parts 2)

The Strangers Among Us (Parts I)

A Matter of Peace, a Question of Justice

You Are Not Alone

Effects of Modernization on Three Areas of Island Life

Modernization poses difficult choices for people, especially regarding gender equality, fairness to those outside the family, and balance of concern between the household and the extended family.

Child Abuse and Neglect in Micronesia

Report on a study of child abuse and neglect in Chuuk, Pohnpei, Yap and Palau.

Chuuk's Violence: Then and Now

The pattern of homicide in Chuuk has changed over a century: today more of the violence is done against family members.

Culture in Crisis: Trends in the Pacific Today

Review of problem areas in the Pacific resulting from social change.

Report on a study of young Marshallese women who left their families to become prostitutes.

Report on a study of physical and sexual abuse in Palauan families.

Social Isolation, Cultural Competence, and Disability in the Carolines

How physical disability is understood and dealt with in the islands.

Selection of articles on marijuana in Chuuk, gas sniffing in Chuuk, and ice use in CNMI.

Anthropologists’ attempts to situate social problems in the context of cultural change.

A Leap Into the Unknown

Reviews the problems that Micronesian emigrants face when moving to the US for jobs and education.

The Silent Cry For Help: Spouse Abuse in Micronesia

Description of the extent of wife-beating today and how cultural changes have given rise to it.

Too Young To Be Mothers

A study of teenage pregnancy throughout Micronesia.

How Tough Was Your Dad?

Explores the change in family dynamics and its impact on the growing suicide rate in the islands.

The Cult of the Individual

As in America, the individual is being liberated from kin and community in Micronesia.

A frank discussion of the problems faced by gays and lesbians in the islands.

Call to Arms: Micronesians in the Military

What is the strong appeal of the US military to island youth, and how do they fare when they join?

Freedom of Information: Who Has a Right to What?

Freedom of press can provide important information to the public, but it can also do social damage in a Pacific society.

Why are islanders so lavishly generous with food and material possessions but so guarded with information? Why do these people, unfailingly polite for the most part, laugh openly when others embarrass themselves? What does a smile mean to an islander? Making Sense of Micronesia is intended for westerners who find themselves in contact with Micronesians—as teachers, social workers, health-care providers, or simply as friends—and are puzzled by their island ways. It is for anyone struggling to make sense of cultural exchanges they don’t quite understand. 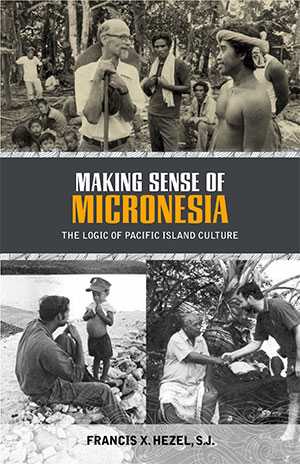